Did you get that promotion at work? This could be why you didn’t 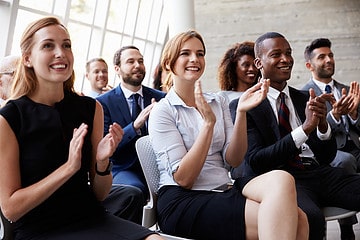 Did you get that promotion at work? This could be why you didn’t

Why didn’t I get a promotion? Well, promotions are complex. They are given for a number of reasons and cannot be placed in a ‘this-is-how-you-get-one’ box. If you have been declined a promotion you thought you deserved, the following could shed some light on the process and help you manage your career.

Companies do not usually rely solely on policy when deciding who will get promoted and who will not. Although performance and education have a role to play in whether you will be considered, these do not play as big a role in the final decision as you might think. So what does play a role?

Professional maturity, especially when the promotion is being offered higher up the corporate ladder.

When it comes down to it, professional maturity is the overall professional respect one has gained from colleagues. It is a combination of skill, experience and attitude. If you did not get a promotion you thought you deserved (maybe the person who was promoted is less qualified or has fewer years of service than you), consider their overall approach to colleagues and clients, challenging tasks, diversity, conflict and change. If the promotion entailed managing a team or department, professional maturity would certainly have been a factor.

If a promotion does not put you in a managerial position but rather one of more responsibility, skill and experience will play bigger roles. These can be acquired from outside the company if a current employee does not match up. If a newly employed employee is hired in a position you were aiming for, consider their experience, level of education and professional network. In the media industry, for example, a professional network (persons and companies one has a professional relationship with) is important.

If you are aiming for a promotion, the following tips could help you prepare.

You should be performing well in your current role. The best way to determine whether you will perform the tasks of a new position well is a review of your current performance.

Show that you can manage people. A promotion will likely involve more contact with teams or clients. It is important that you demonstrate an ability to work well with others. Working well with others is about getting them to compete tasks on time and correctly, it is not about telling them what to do.

Don’t be a ‘victim of your own success’. If you are performing exceptionally well and are thinking of moving up the ranks, speak to your manager and let them know that you are interested in applying for another position within the company. A manager will not usually move you out of a position he or she thinks you are happy in.

Are you interested in a promotion or a pay raise? It is important to know the difference between a better title and a raise in pay. A pay raise could be available to employees under certain circumstances, whereas a promotion comes with more responsibility in addition to a raise in pay, which could be minimal depending on the kind of promotion. If you are happy in your current role but feel that you are not earning a fair salary, speak to your employer and find out if a pay raise is something the company is willing to discuss.